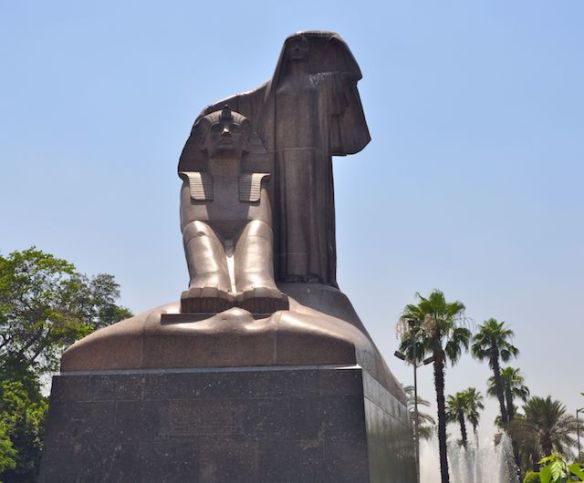 Mahmoud Mukhtar was born in 1891 and became a pioneer of modern sculpture in Egypt.  Mukhtar was the first Egyptian to display his sculpture at the Salon de Paris and won first prize for his model of Nahdet Masr. The same sculpture, 8 meters high and of rosy granite,  would be unveiled at Cairo’s railway station in 1928. Under rule of Gamal Abdel Nasser, it was relocated to Cairo University in 1955 where it stands today.