A coup d’etat in 1975 toppled the military rule of General Gowan. Brigadier (later General) Murtala Muhammed took the position as Head of State of Nigeria. Within less than one year, Murtala Muhammed  was dead, assassinated as he drove to Dodan Barracks on Lagos Island.  General Murtala Muhammed became a national hero.

Since the late 1970’s, anyone traveling by air to or from Lagos encounters the international airport named after this late head of state but few people are aware of the botanical garden that also bears his name, Murtala Muhammed Botanical Garden. His wife, Mrs. Ajoke Muhammed, honored her husband by establishing a 60-hectare garden of rare plants and trees. A fervent naturalist herself, she designed this garden to incorporate opportunities for environmental education, picnics, and the study of flora and fauna of the area. Unfortunately for the public, the garden is now all but forgotten. Dilapidated buildings covered with the ever-encroaching bush gives the garden a ramshackle look yet the gardens still convey a strong sense that this was once a well-planned botanical garden.

But, the good news is: this is a bird-watchers paradise. (Read More) 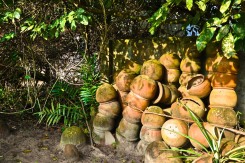 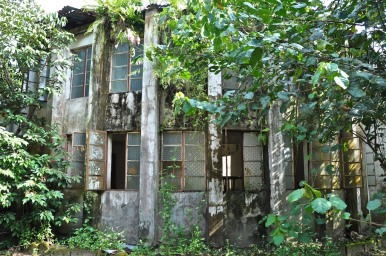