Lanzhou (Lan-Jo) is a city in Gansu province, China, home of a significant population of Hui Muslims, whose rich history influence the array of food specialties in the region. But if you are short on money or time to travel to Lanzhou, don’t fret, you can experience Lanzhou’s famous hand-pulled laghman (lagman, lamien) noodles in Cairo.

On a quiet, shady street in Daher district, sit outside at the Chinese Muslim Restaurant and enjoy Beef Noodle Soup, Lanzhou-style. Hand pulled, springy lamian noodles is dough that is roped through the fingers over and over,then slapped against the table to create hundreds of tender noodles. Each noodle dish is prepared by hand-pulling dough into noodles of various sizes…right in front of you!

The Great Mosque of Xi’an was built in 742AD under the reign of Emporer Zuanzong Li Longi in Tang Dynasty in Chinese architectural style. It has survived centuries till today, being renovated in the Song, Yuan, Ming, Qing Dynasties. 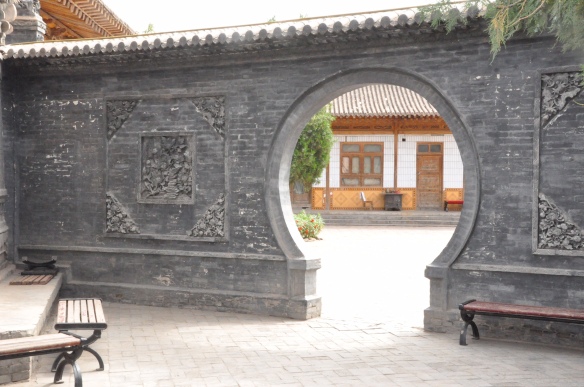 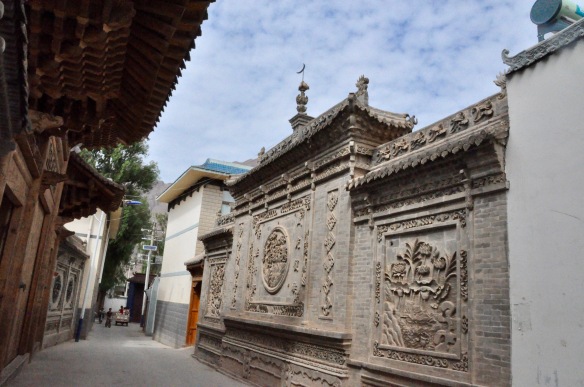 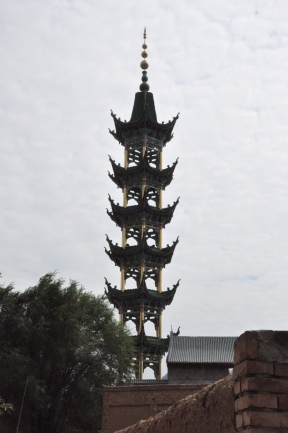 Emin Minaret and mosque -Turpan, Xinjiang Province. The Emin Minaret was named after a local Turpan general, Emin Khoja. During the Qing Empire, the general sided with the Qing Empire against the Dzungar Mongols and defeated them. The minaret was completed in 1778 during the reign of the Qianlong Emperor (r. 1735–1796). For more information read: Foiled at the Finish 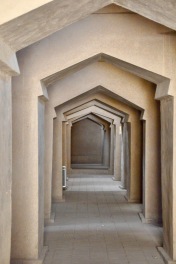 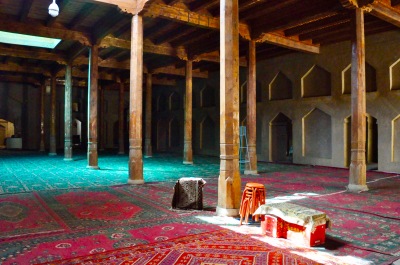 Urumchi, China Xinjiang Province
Hezhou Mosque: (I think because it was not clear the exact name of the mosque; the dome minaret below is behind this mosque.
Located on the east side in the middle of Jianzhong Road, Hezhou Mosque was first built in the late 19th century and rebuilt in 1988 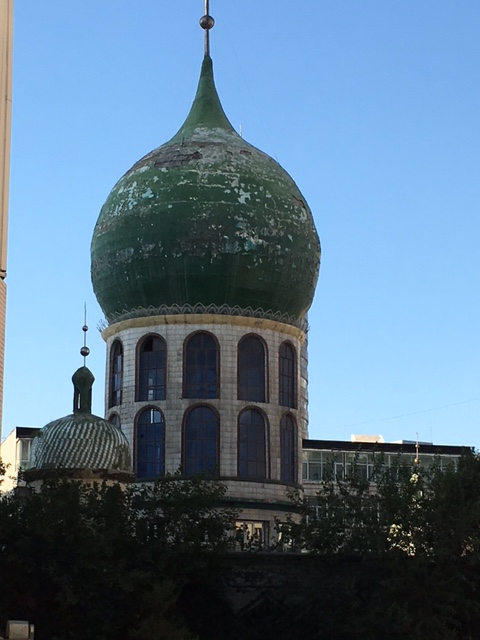 All rights reserved, copyright 2018 .To copy or re-produce writings, written permission from Lesley Lababidi is required.

6 thoughts on “The key to a great noodle soup is in the noodle!”