While I was in Bida, Nigeria, filming the documentary about Masaga Glassmakers, The Zainab Saleh 6th International Female Open Karate Championship was taking place in Lagos from November 21st to 24th.

Founder, organizer and karate black belt, Hajiya Zainab Saleh is from Northern Nigeria. But her karate story begins far from Nigeria. Zainab started training in karate during the years her father, Ambassador Mustapha Saleh (late), served as Nigerian diplomat and ambassador in many capitols of the world. Zainab’s mother, Amina, originally from Sierre Leone, raised the family from country to country, which provided opportunities for Zainab and her siblings to experience a variety of sports that were not available in Nigeria.

Men and women play sports in different parts of the world, have fun, and then move onto something else. Not Zainab. When the Salehs were posted to Mexico, the young Zainab asked her father if she could train in karate. He was supportive. Wherever the family lived, Zainab took karate and eventually, qualified as a black belt. Then one day, many years later, Zainab decided that sporting opportunities were lacking for females in Nigeria. Karate was her passion.  So, beginning at the very beginning, she introduced karate training, then a tournament and then another until it became an international tournament with international referees. 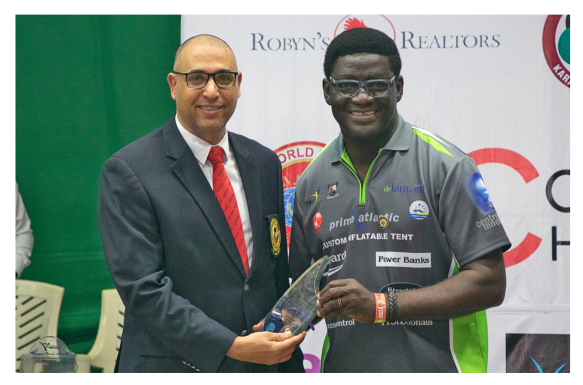 Competition is not only open to females of all ages but for the first time this year, there was a category for wheelchair karate athletes.