The importance of the site derives from the fact that here Akhenaten decided to build his short lived capital Akhetaten, a1373BC-to Akhenaten’s death in ca.1362. The site stretches 5-9 kilometers along the river about 1 kilometer inland from the river’s edge. In the reign of Akhenaten who changed his name from Amenhotep (IV), “announced the foundation of Akhetaten as a new residence for the Aten, at the same time making an oath never to leave the city even after his death.” (Blue Guide, 1993) All the buildings , houses, palaces, and temples were constructed of mud bricks with stone or wood only used for columns and doorsills.

Akhenaten was an Ancient Egyptian pharaoh of the 18th Dynasty. He is especially noted for abandoning traditional Egyptian polytheism and introducing worship centered on the Aten, which is sometimes described as monolatristic, henotheistic, or even quasi-monotheistic. (from https://en.wikipedia.org/wiki/Akhenaten). 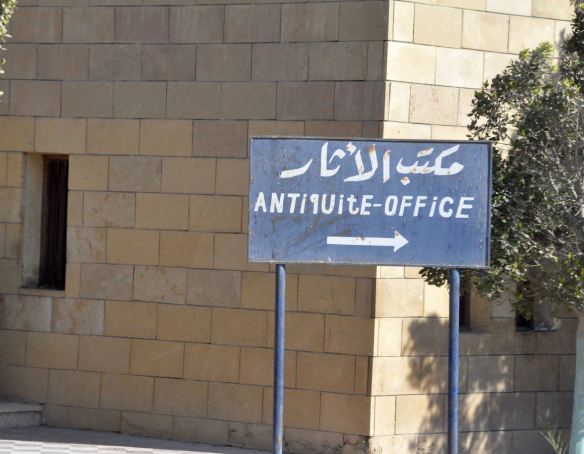 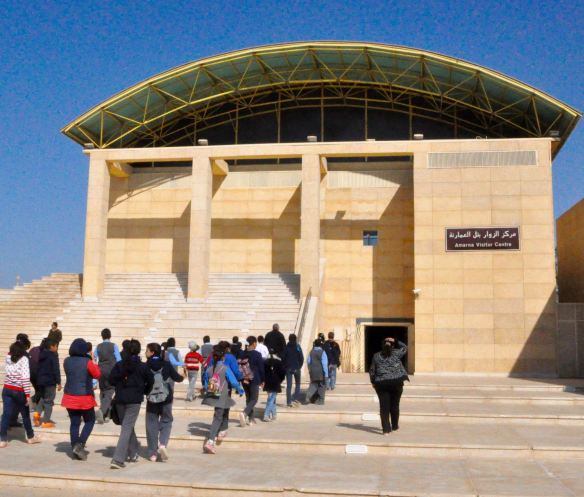 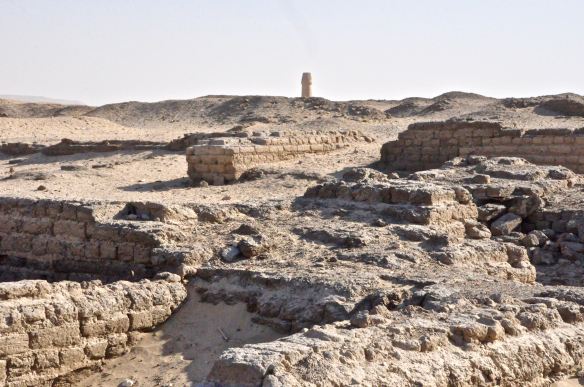 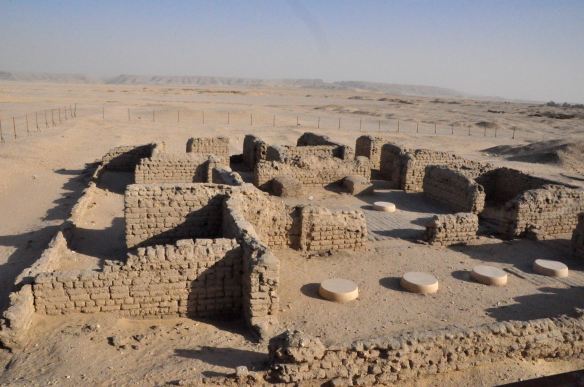 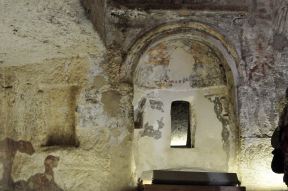 Tomb of Panehesi, chief servant of the Aten. Consisting of two chambers with four columns . During early Christian times it was converted into a Coptic church. On the right, was the baptistery.