This statue of Meritamun, one of the two chief daughters of Ramesses II. She and her sister, Bint-Anat, apparently assisted with court functions when their mother, Nefertari, began to suffer failing health. -https://en.wikipedia.org/wiki/Meritamen 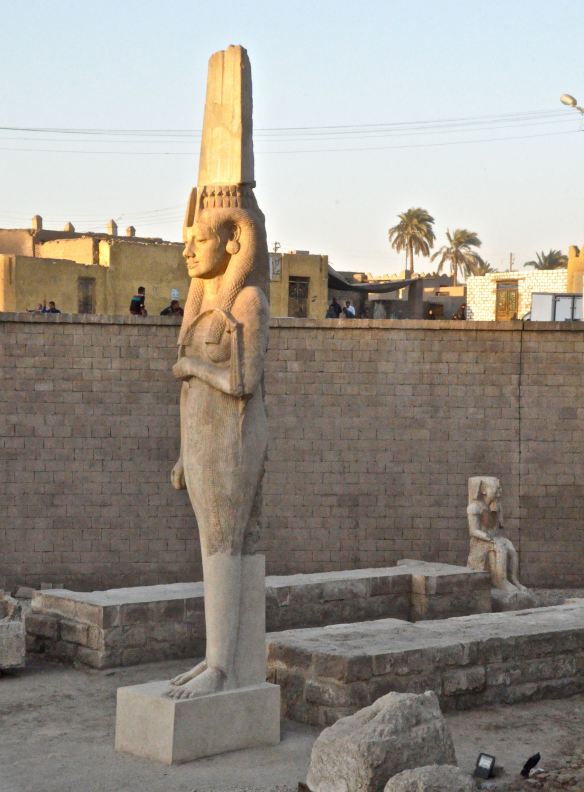 In Ancient Egypt, Akhmim was known as Ipu, Apu or Khent-min. It was the capital of the ninth nome of Upper Egypt. The area of offical of Tuthmosis IV and Amenhotep III. Read more at: https://en.wikipedia.org/wiki/Akhmim

Akhmim is 450 kilometers south of Cairo. The town lies on the eastern bank of river Nile in Upper Egypt. It is an agricultural that produces cereals, sugarcane, and cotton. According to the historian Strabo, Akhmim/Panopolis was a well-known production center of linen fabrics from pharaonic times. Akhmim is known for its textiles and weaving traditions which can be traced to the pharaohs who were buried in shrouds of linen woven in Akhmim tradition.